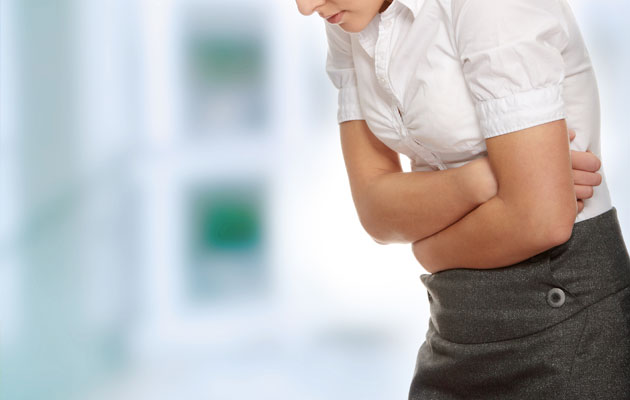 A 50 year old gentleman has been having chronic cough and throat clearing for some months. He also occasionally has occasional heartburn after food. He has gone to see his Ear Nose and Throat surgeon and has been examined.

The ENT surgeon thinks that the problem may be due to acid reflux from the stomach rising into the throat. He has been given some reflux medicine (Proton Pump Inhibitor or PPI) without much benefit. There are no alarm symptoms such as difficulty swallowing or weight loss. He is referred to a Gastroenterologist and he asks about undergoing gastroscopy and other tests. He also wants to know what can be done to treat him.

The above is a typical clinical scenario of a patient with possible Extra Esophageal Reflux Disease (EERD). Some patients may also present with asthma or with hoarseness, throat pain, sensation of a lump in the throat (globus), repetitive throat clearing or excessive phlegm.

This article will cover possible mechanisms of EERD; evidence for reflux association in the 3 most common presentations: Reflux cough, reflux asthma and laryngopharyngeal (throat and voice box) reflux; methods of investigation and some thoughts on management.

Gastro-Esophageal Reflux Disease (GERD) can present with a wide spectrum of symptoms as shown in Figure 1. Some of these presentations are very well established and some are less well known and as yet unconfirmed.

There are a number of possible mechanisms of EERD. These include the possibility that acid from the stomach may rise up beyond the oesophagus into the throat, triggering some nervous reflexes that cause asthma or cough. The refluxed fluid could overspill into the airway which is next to the oesophagus. Different patients may have different innate protection of the throat and airways against refluxed acid which may cause inflammation. In addition to acid the digestive enzymes in stomach fluid may irritate and damage the lining of the throat and voice box. Even if the acid content of stomach fluid is controlled my medication, the reflux of non-acid fluid may still produce tissue injury and symptoms, thus giving the observation that treatment does not always result in resolution of symptoms.

The evidence of a reflux cause for three of the most common EERD syndromes is not very clear cut. Studies have tried to see whether there is a correlation between symptoms of EERD and those of classic GERD, such as heartburn or upper abdominal pain or bloatedness. Complicated tests involving monitoring the acidity and movement of fluid in the oesophagus have been done to try to prove that acid reflux is the cause. And patients are re-tested while on treatment to try to show whether the acidity and volume of reflux has reduced, to correlate this with improvement of symptoms. The most recent studies suggest that gastro-esophageal reflux may play a role in chronic cough, but the role of reflux in chronic laryngitis and asthma is far less clear.

There is no clear consensus on how to investigate possible EERD. Gastroscopy is probably the most common test done. However because the correlation between EERD and reflux oesophagitis is variable and not particularly strong, ranging from 10% to 63% in different studies, only a positive finding of reflux oesophagitis is helpful whereas a normal examination provides little additional information.

The methods of measuring the acidity and movement of fluid in the oesophagus (called pH monitoring and impedance measurement) tend to be research methods and are inconvenient and uncomfortable for patients, so in practice these are seldom done. If these tests were more widely available and simple to apply, it might be possible to distinguish the group of patients who have significant acid reflux despite conventional doses of PPI, from those whose symptoms are unrelated to reflux and therefore due to some other cause which needs to be sought.

In practice, patients with symptoms suggestive of EERD could be treated with conventional doses of PPI in the first instance. If they recover and remain well while on treatment (and relapse once off treatment), then we could presume a diagnosis of EERD. If while on PPI the patient continues to be disturbed by symptoms, this is the point at which most general practitioners or ENT surgeons refer the patients to gastroenterologists for further evaluation.

Gastroscopy is often offered and if there is clear evidence of inflammation or erosions in the oesophagus, then a presumptive diagnosis of EERD may be made. If gastroscopy is negative for oesophagitis, then the tests of acidity and fluid movement in the oesophagus could be considered. If reflux can be demonstrated, that would be good evidence that reflux is the cause of symptoms. Because the conventional dose of PPI is not enough to prevent symptoms, a double dose of PPI may be tried. The role of anti-reflux surgery for EERD has not been confirmed. Studies so far show no benefit by surgery for patients who are unresponsive to PPIs.

To summarise: EERD may include cough, asthma and chronic laryngitis and EERD is diagnosed commonly in clinical practice. Symptoms are attributed to direct irritation of the larynx and airway by refluxed material. The most recent studies suggest that gastroesophageal reflux may play a role in chronic cough, but the role of reflux in chronic laryngitis and asthma is far less clear. An attempt to treat with PPI is reasonable when GERD is thought to be contributing to extraesophageal symptoms. Gastroscopy may be helpful, but not always. More complicated and invasive diagnostic testing should be reserved for those unresponsive to PPI therapy. If symptoms are thought to be due to EERD unresponsive to conventional dose PPIs, then a trial of double dose PPI may be tried.