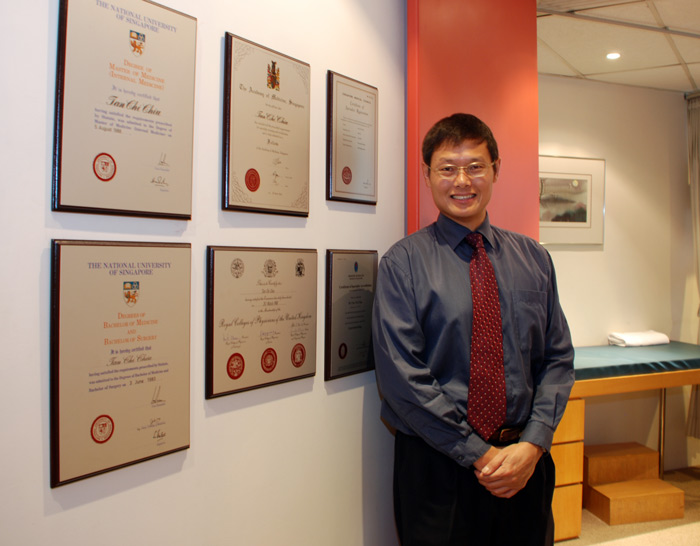 Dr Tan Chi Chiu studied at the Anglo Chinese School and Junior College, and then graduated from the National University of Singapore in 1983 with Bachelor of Medicine & Bachelor of Surgery, with a distinction in Pathology. He pursued specialist training in Internal Medicine and obtained his Memberships of the Royal Colleges of Physicians of United Kingdom and Ireland, as well as Master of Medicine in Internal Medicine, in 1988. He specialised in Gastroenterology and was accorded the Fellowship of the Academy of Medicine in Gastroenterology in 1993 and recognised by the Ministry of Health as a specialist in Gastroenterology. He was further conferred the Fellowships of the Royal Colleges of Physicians of Edinburgh and London in 1996 and 1998 respectively.

Dr Tan trained in the Singapore General Hospital and National University Hospital in Singapore. He spent two years in the United Kingdom (affiliated to the teaching hospitals University Hospital Nottingham and Derby City General Hospital – now the Royal Derby Hospital) as an advanced specialist trainee in therapeutic endoscopy and laser endoscopy. He was also attached to the Endoscopy Department of the Academic Medical Centre in Amsterdam for enhanced exposure to techniques of therapeutic Endoscopic Retrograde Cholangio-Pancreatography (ERCP). 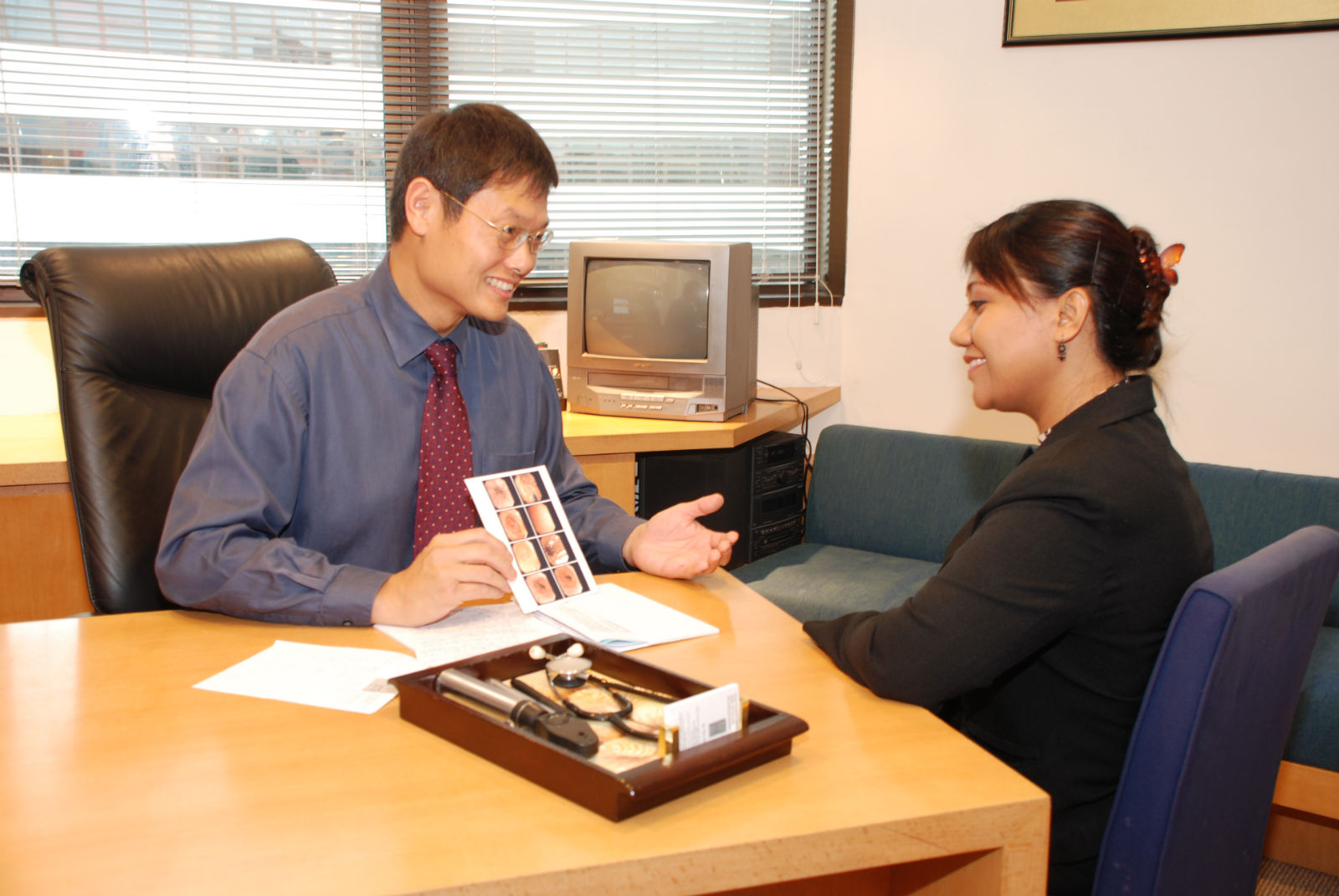 Contributions to the Local Community

Dr Tan believes that Singapore can do more and should benchmark itself against Japan and South Korea. He would like to see the creation of a national network and resource of medical volunteers, which could then support the relief missions of all organisations that need medical teams. 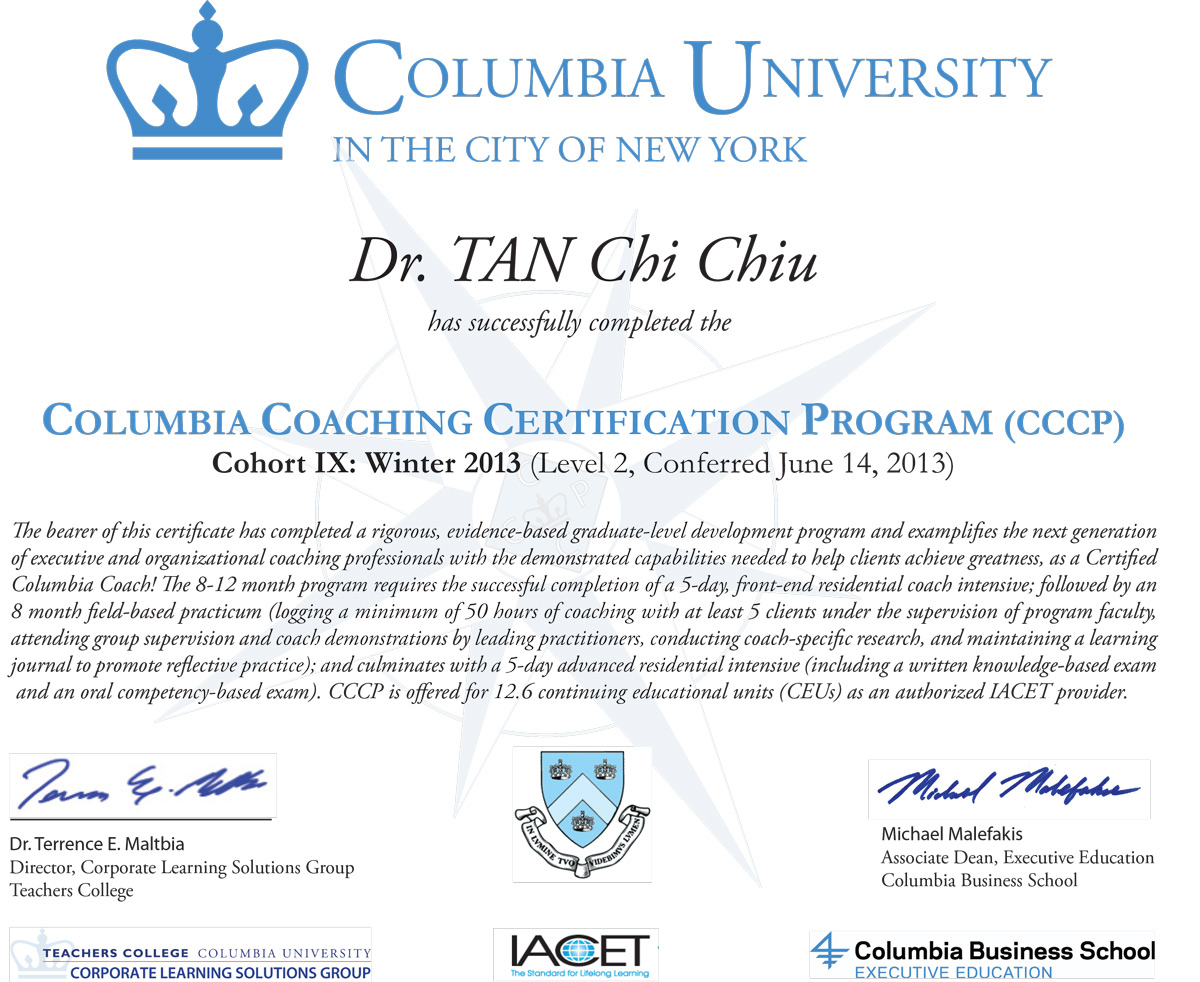 Dr Tan attended the 11 week long Advanced Management Program of Harvard Business School in 2003, when he was elected valedictorian amongst 160 course members from 33 countries.

Dr Tan aims to help leaders and individuals navigate through challenges and changes so as to lead fulfilled personal and working lives, maximizing their participation in their organizations. He does this through combining his perspectives and understanding of people and organizations, with sound coaching and mentoring expertise. He has an interest in coaching skills as applicable to medical practice. His qualification dissertation was “Coaching Skills for Doctors: Improving Medical Communications for Better Patient Outcomes”.

Dr Tan is an enthusiast in